Ratnapura ("City of Gems") is the name of the provincial capital of Sabaragamuwa Province of Sri Lanka and the Ratnapura District in which the town is situated. Some say the modern name is derived from the Portuguese name Rapadura for jaggery, the palm candy produced traditionally in this region, but the more common explanation in Sri Lanka is that it comes from the Sinhala "ratna" meaning gems and "pura" meaning city 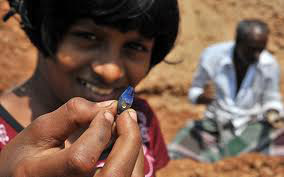 Ratnapura is also spelled as Rathnapura. Located some 101 km south east of Colombo, it is the centre of a long-established industry of precious stone mining including rubies, sapphires, and other gems. Apart from gem mining, the town is known for rice and fruit cultivations. Large plantations of tea and rubber surround the town. Tea grown in this region is called low-country tea. There is a well-established tourism industry in Ratnapura. Sinharaja Forest Reserve, Udawalawe National Park, Kitulgala, and Adam's Peak are especially popular among tourists. In 1901, the town of Ratnapura had a population of 4,084, and in 2001, it had increased to 46,309. The population o 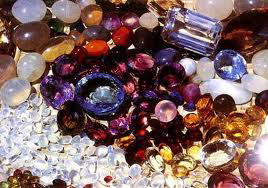 The people of the town depends on the gem trade. Gem pits common site in the surrounding area. Most of the large-scale gem businessmen of Sri Lanka operate from Ratnapura. There are considerable numbers of foreign gem traders in the city too. Among the foreign traders, Thai (Thailand) traders are in the majority. Every day, large number of traders from suburbs and other towns gather in the town centre to sell or buy gemstones. Large-scale merchants collect gemstones from locals and sell them in the international market. Some traders go out of the city to buy gems.